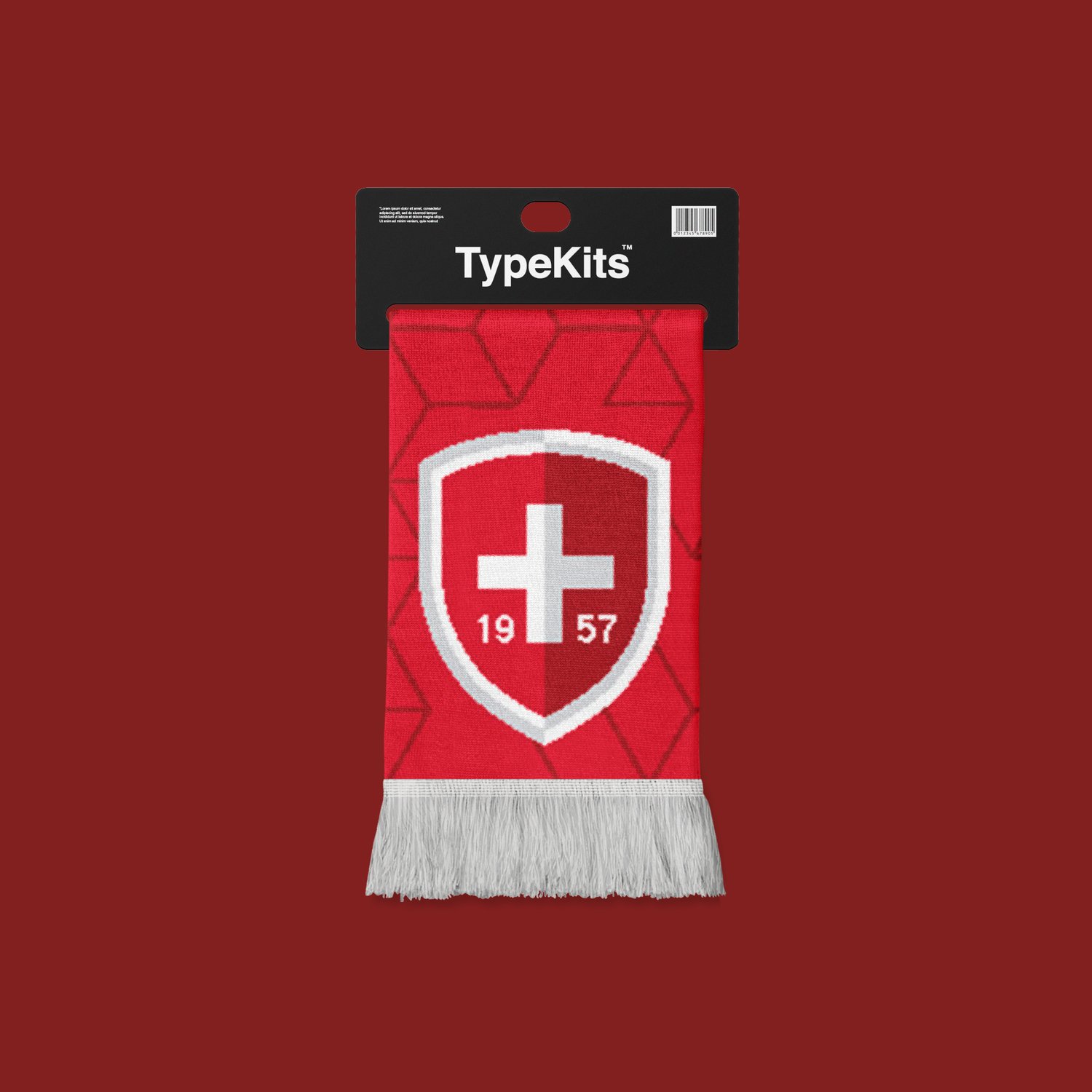 100% acrylic jaquard knit scarf. Approximately 8 x 63 inches. Double-sided design. Made in the EU. Hanger show is not included. One size fits all. Domestic US shipping only.

ABOUT THE TYPEFACE:
Helvetica or Neue Haas Grotesk is a widely used sans-serif typeface developed in 1957 by Swiss typeface designer Max Miedinger with input from Eduard Hoffmann. Helvetica is a neo-grotesque or realist design, one influenced by the famous 19th century typeface Akzidenz-Grotesk and other German and Swiss designs. Its use became a hallmark of the International Typographic Style that emerged from the work of Swiss designers in the 1950s and 60s, becoming one of the most popular typefaces of the 20th century. (From Wikipedia, the free encyclopedia)