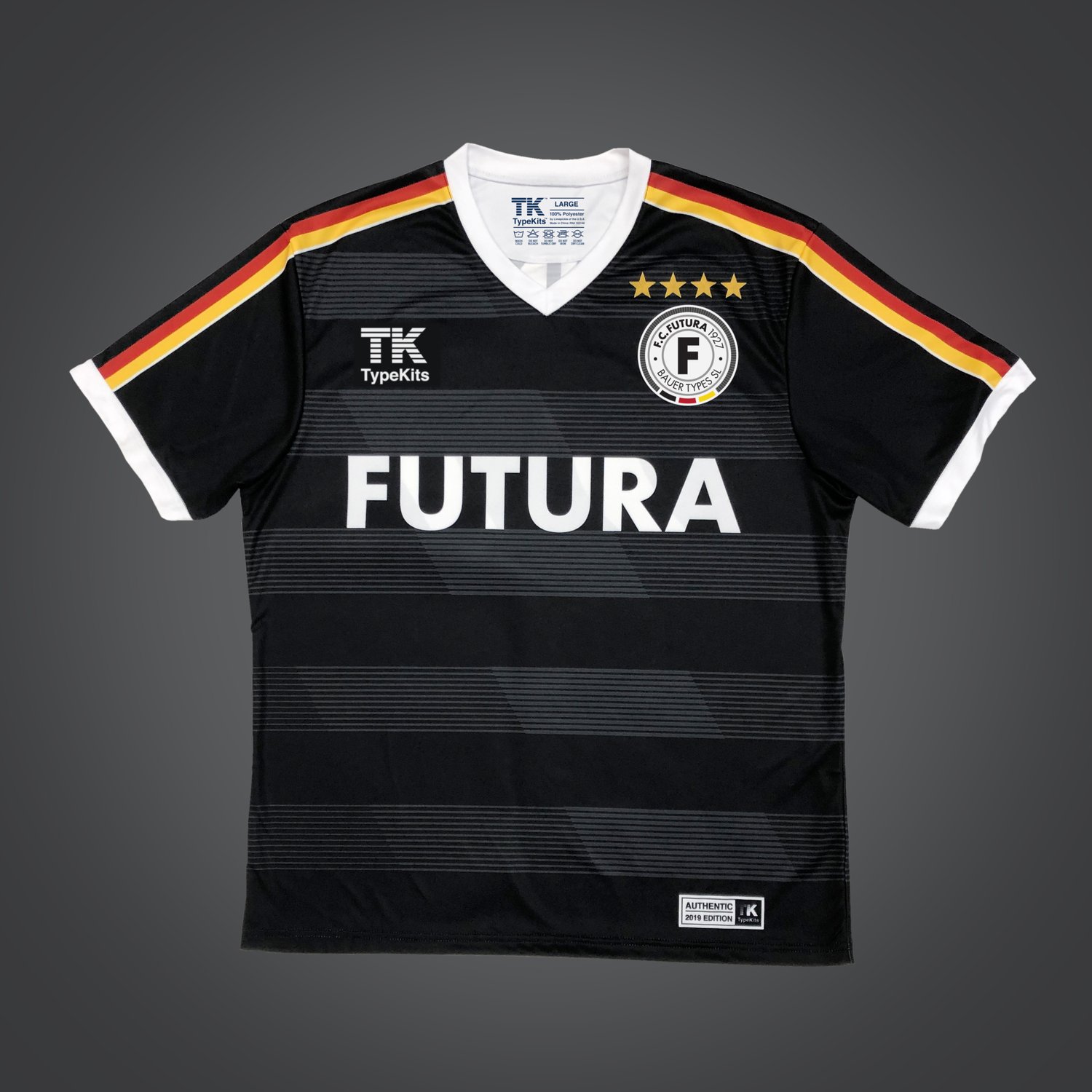 2020 FIRST EDITION SHIRT:
100% lightweight polyester sports performance football (soccer) shirt with full coverage dye-sublimation print designed by Limepickle LLC of the USA and made in China. Currently these jerseys are made to order, so please consult the size chart below and allow 4-6 weeks for your shirt to arrive after ordering. Produced under license from Bauer Types SL.

ABOUT THE TYPEFACE:
Futura is a geometric sans-serif typeface designed by Paul Renner and released in 1927. It was designed as a contribution on the New Frankfurt-project, based on geometric shapes, especially the circle, similar in spirit to the Bauhaus design style of the period. Futura has an appearance of efficiency and forwardness. Although Renner was not associated with the Bauhaus, he shared many of its idioms and believed that a modern typeface should express modern models, rather than be a revival of a previous design. Renner’s design rejected the approach of most previous sans-serif designs (now often called grotesques), which were based on the models of signpainting, condensed lettering and nineteenth-century serif typefaces, in favour of simple geometric forms: near-perfect circles, triangles and squares. (From Wikipedia, the free encyclopedia)

ABOUT THE DESIGN:
”Efficiency and Forwardness” is a great way to describe Futura. It is very Germanic typeface with strong uniform diagonals within the characters. The horizontal pattern that goes around the torso has a diagonal highlighted area that follows the angle of the diagonals in the letter forms / numerals. The German flag colors make up the shoulder stripes, and the German Eagle adorns the back of the collar. The main crest and four stars are a call to the German National Team.