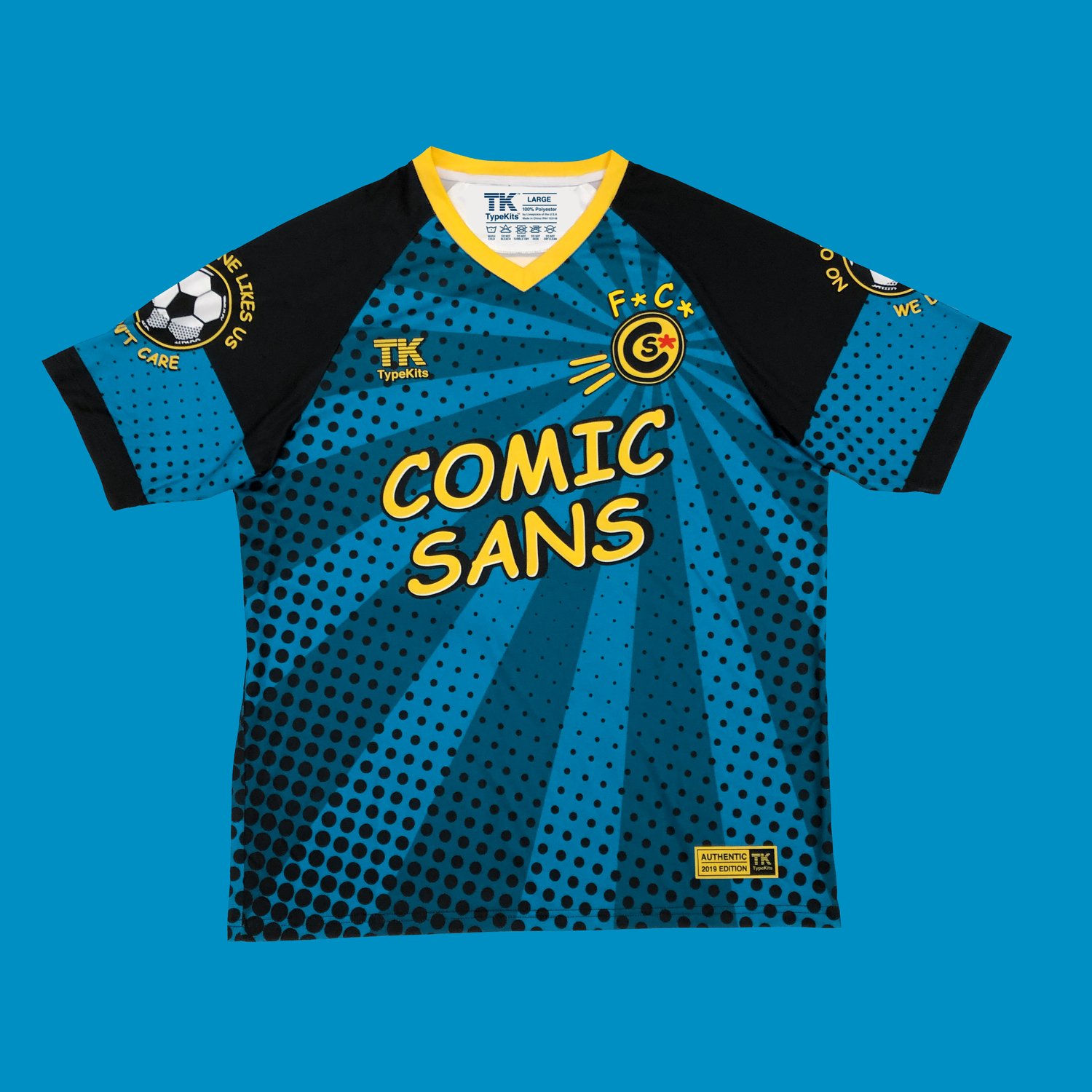 SERIES 1
100% lightweight polyester sports performance football (soccer) shirt with full coverage dye-sublimation print designed by Limepickle LLC of the USA and made in China. Many sizes in stock presently. Please refer to the size chart before ordering. This design will never be repeated.

ABOUT THE TYPEFACE:
Comic sans is a sans-serif casual script typeface designed by Vincent Connare and released in 1994 by Microsoft Corporation. It is a casual, non-connecting script inspired by comic book lettering, intended for use in informal documents and children’s materials. His decision was to create a new face based on the lettering style of comic books he had in his office, specifically The Dark Knight Returns (lettered by John Costanza) and Watchmen (lettered by Dave Gibbons). The typeface’s widespread use, often in situations for which it was not intended, has been the subject of criticism and mockery. (From Wikipedia, The Free Encyclopedia)

ABOUT THE DESIGN:
Well, where do you start here? Using one of the most victimized typefaces ever to have existed, but it had to be done. There’s something almost ironic about trying to make it look good. The crest almost designs itself with f*c* comic sans. Rather than go with a pow type motif the pattern has an enlarged halftone overlaid a sunburst effect. On the back the name has been added as one would add a “meanwhile…” bar on a comic strip. But it’s really the arm decals that set this design apart. Using the Millwall chant of “no one likes us. We don’t care” seems very appropriate for this typeface.